In February 2012 Boys & Girls Club of Greater Victoria (BGC) in conjunction with members of Victoria’s Community Centre Network (CCN) launched a film festival contest designed to engage local youth and teens in educating their peers and the wider community about the negative impact of bullying.  Due to the tremendous success of this event and support from local organizations and community partners, the CCN decided to make this into an annual event.

2019 marked Victoria’s 8th annual Anti-Bullying Film Festival and a name change for the festival to Spread the Love Film Festival. The name change was made in hopes that youth would begin thinking about ways to spread kindness and love both in their film submissions and in their daily lives.

The 2023 Spread the Love Film Festival will take place on Wednesday, February 22, 2023,
at l’école Victor-Brodeur.

A panel of judges will assess the PSA using the following criteria:

How to submit your video

CONGRATULATIONS TO THE 2020 WINNERS! 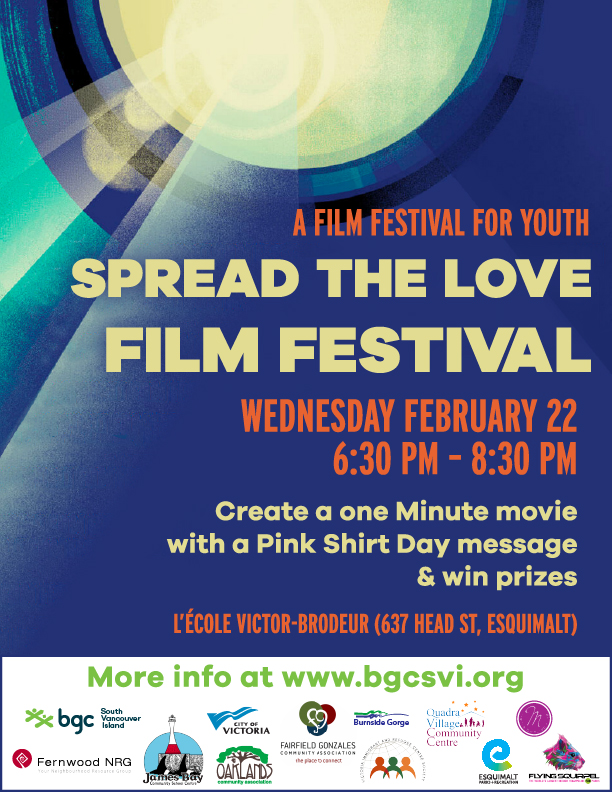